My Jesus Stories-Part 3: The Seeding of Christ Consciousness on Earth 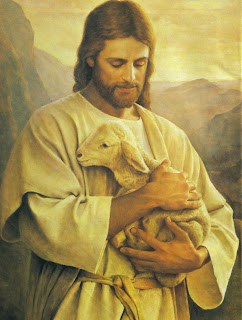 In around 2007, 2008, or 2009, (I really don't remember which year), I had an interesting and intense experience that lasted about 2 weeks.  During those two weeks, I literally felt like Jesus.  I felt that he was embodied in me.  It felt like I was looking out through his eyes.  When I looked in the mirror and looked into my eyes, it was like looking into the eyes of Jesus.  Most of the mind chatter in my head was his words.  My inner dialogue automatically spoke the words of Jesus much of that time.  I felt that I emanated his essence, his vibration, and his energy.  I felt expanded.  I really felt like I was walking around as him.  I would go into the bathroom with my eyes wide open in disbelief and stunned about what I was feeling and look into my eyes only to find that once again, it was true, there were his eyes.  I was radiating with a vibrant light.  I have no idea if anyone else could sense anything different about me, but I never thought about that.  I just knew what I was feeling and it blew my mind the whole time.  It was both a surreal and very real experience.

I didn't tell anyone what I was experiencing during that time.  I mean, you can't just go around telling people, "I feel like Jesus."  That would be ridiculous!  It wasn't until maybe one or more years later that I shared my experience with an online spiritual group where I was a member.  I was happy that I finally shared my experience because at least one other person (there may have been 2 others) said that they had the same exact experience that also lasted for about 2 weeks.  It may have even occurred around the same time as my experience.  It was a relief to know that someone else had had this experience.

Although I was baptized Catholic, I did not grow up with religion.  My parents tried to bring us to church as very young kids, but because my sister had such huge temper tantrums when my mother tried to make her wear a dress, I think my mother just gave up on the whole idea.  I was agnostic from the age of 10 until 29 and I did not believe that Jesus existed until around 2005.  I felt that the entire bible was just a made up story before that.  I actually hadn't read it, but I had heard some things about Christianity and none of it resonated with me at all.  I really rejected the whole thing.  Still to this day I believe that most, if not all, organized religions are cults.  Not all of them are harmful, but they still fit the description of a cult.  In this lifetime, I don't ever foresee fitting myself into the box of any religion.  My connection to God is a direct connection and I don't need any rules or intermediaries for that connection.

So, for me to have this experience out of the blue was surprising.  I liked it and it felt very good, but it certainly didn't come from any desire within my conscious mind to know Jesus in a more intimate way.  It was just sort of sprung upon me.  I know that Jesus did not come to Earth to create Christianity or any religion.  I know that his presence on this Earth has been used for distortion of the truth and as a means of controlling people through the creation of religion using his name.

What I embodied those two weeks was the Christ and Christ Consciousness, which has nothing to do with religion.  I continue to embody Christ Consciousness along with many others on the Earth right now.  This is the time of the seeding of Christ Consciousness that Yeshua (Jesus) came here to teach and spread.  I suppose this was the reason he came to be within me and radiate through me those days and I suppose that energy and frequency was seeded in the Earth through me.  I feel blessed to be a part of this seeding and to have had his very real presence within me.
Posted by Stephanie at 5:23 PM